Divine Messages: A Journey Through the Workbook for Students

Today’s Divine Message on
Lesson 169 – By grace I live. By grace I am released.
I started today’s meditation with the prayer, “By grace I live. By grace I am released. By grace I give. By grace I will release,” praying it several times as a mantra. Then, silence. A soft Voice said, “God is…” I then remembered the next line, “…and then we cease to speak…” At that point each thought or word that came to mind in relation to God’s attributes was released as I repeated again, “God is…and then I cease to speak.” How could I put boundaries and limits on what my Creator is? How could I then put limits on me, His Son?” Or on my brothers? How can I write anymore this day in relation to my Father when it is so elegantly summed up in two words, “God is,”? I began to feel the power and strength in these simple words. If all this be true, and it is, then there is no reason for me to judge, to fear, to hide, to mistrust, to do anything but accept what is. If “God is” then the ego “is not.” At this realization, I felt the light pour forth and fill my mind. Illumination had returned to my holy mind. I am released. And with this knowledge I release the Sonship. “God is,” is a present, living moment. It is eternal. It is now. God is… ∞∞∞ 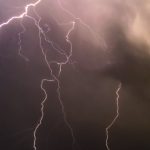 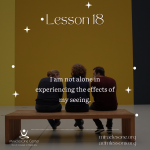 Make a Donation!
Donate today to keep these resources freely available for every ACIM student!